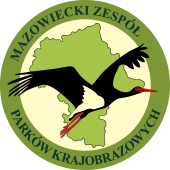 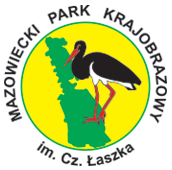 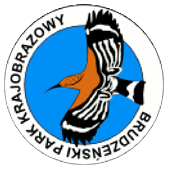 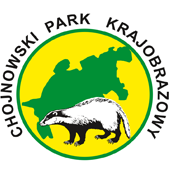 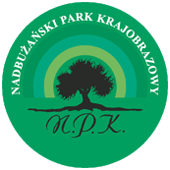 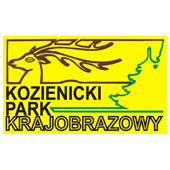 Among the many advantages of Mazowiecki Landscape Park, its proximity to Warsaw counts as perhaps the most important one. To the north it borders upon king John Sobieski III nature reserve which can be reached with the 525 bus. Mazowiecki Landscape Park was created in order to protect forests as well as other valuable habitats and natural areas on the right side of Vistula River.

The Park partly lies in two of Warsaw's urban districts: Wawer and Wesoła, as well as the municipalities of Józefów, Otwock, Wiązowna, Karczew, Celestynów, Kołbiel, Osieck, Sobienie-Jeziory and Pilawa. Its area comprises almost 16 000 hectares of forests and meadows. As can be seen on 18th century maps, these areas used to be part of a large forest complex called Osiecka Oldgrowth Forest. Many present-day nature monuments are trees which remember the days of  Osiecka Oldgrowth Forest. Archaeological sources indicate that Slavic tribes were present near Całowanie Village as early as in the 6th and 7th centuries AD. Here it is important to explain this prominent topographic name.

Całowanie – in Polish „kissing” - is a village situated near the Park's most valuable wet meadow complex named Bagno Całowanie (Całowanie Swamp). Where did this name come from? Possibly, it has to do with an unusual fern named adder's tongue Ophioglossum vulgatum. This inconspicuous plant was considered to be a magical herb and was used to attract suitors to a maiden. Its effect depended on having been picked at night while reciting the following incantation:

I dare to pick you with my hand.

Make all the boys chase me.

the whole village should be into me...

It seems that so many sought after adder's tongue that it has become locally extinct. Nowadays, botanists are trying to find the plant on Całowanie Swamp for scientific purposes (or so they say...). So much for folk stories.
Całowanie Wetland is a bird paradise. Those who do not mind getting up early can make many interesting ornithological observations there. Aside from birds, European elk can often be seen here bathing in the morning mist. Most nature reserves within Mazowiecki Landscape Park protect peatlands foften visited by elk. Swamps hide many secrets – maybe it is for this reason that they were often chosen as a setting for legends and fairy tales. Should you decide to visit Całowanie Swamp, you might just collect such precious memories as the smell of labrador tea Ledum palustre, calling cranes, croaking frogs and sundew devouring a fly.
The most interesting peatbogs are hidden in thick forests, yet they are not difficult to access. However, it is important to keep in mind that Polish nature reserves can only be visited while keeping to marked tourist trails and footpaths. While strolling in Mazowiecki Landscape Park do not forget to look. If you are lucky, you might just catch a glimpse of the black stork flying above you. It is a rare bird which nests in the local woods and its silhuette is featured in the Park's logo.

Another beautiful and colourful bird – the kingfisher – finds the banks of Świder River to its liking. For a long time, Świder village was a popular weekend destination for the capital's inhabitants. It is here that the first nude beaches were designated. Unsurprisingly so – for Świder is a shallow and safe river which meanders and creates lovely little corners with natural riparian vegetation. These private little meanders have also been spotted by and inhabited by beavers, among other animals. Świder is undoubtedly one of the most beautiful rivers in Mazovia County and as such it is protected within „Świder” nature reserve.

Świder lies close to „Torfy” (meaning peatbog) nature reserve which protects a lake surrounded by woods. The lake is a favourite walking place for the inhabitants of Otwock and Karczew. The Environmental Education Centre „Baza Torfy” („Peat Lake”) of Mazowieckie Landscape Parks is located in a nearby100-year old wooden house. The Centre houses a small museum of stuffed birds and other animals. Perhaps the most interesting exhibits are a black stork, a grey heron and a large white-tailed eagle. Stuffed animals can be used to learn about species which one is unlikely to see in the wild, or examine more closely common species, e.g. by learning the differences between a raven and a rook. The etnographic part of the exhibition presents the culture of Kołbiel Village area.

While planning a trip, one should not forget the historical aspects and visit Celestynów – the setting of Polish Scouts' fight with the nazi occupant which was later portrayed in the famous book „Kamienie na szaniec” (Stones for the Rampart).
Mazowiecki Landscape Park is connected with Warsaw by a net of walking and cycling tourist trails. The most convenient way to reach the Park is by using the historical part od Nadwiślańska Railway.